And last but not least: It is great fun to try the new flour varieties for baking and cooking. Let yourself be inspired!

On the bottom of this page, you can find many recipes ideas for your inspiration.

Rapunzel flours are either made from the press cake that results from the oil production or they are made from ground legumes. Rapunzel oils are cold-pressed. That way, the press cake flour has a significantly lower fat content than the starting material while the valuable ingredients remain unchanged.

A low carb diet with a high content of valuable proteins and dietary fiber becomes increasingly important for many people. For many people, a carbohydrate-reduced ("low carb") diet is an essential contribution for a trim and healthy body.

The following table shows the differences between conventional flour and Rapunzel special flours.

TIPS & TRICKS: How can I use the special flours?
In order to not have to forego one's favorite recipe, recipes with cereal flour can simply be changed by substituting the cereal flour with special flour. In order to obtain the correct consistency and succulence you should experiment a little and observe several tipps.

Generally speaking, the special flours can be used like cereal flour. However, the flour amount in the recipe cannot be substituted simply 1:1. For one, the special flours have a different volume and they have a reduced gluten content. Gluten is a protein that is very important for the baking properties.

Up to 20% of the special flours can be used in every recipe without having to adapt the recipe. They increase the protein and dietary fiber content and reduce at the same time the carbohydrate content of the prepared meals. The special flours have good swelling properties. Therefore, the amount of added liquid should be augmented by the tablespoon until the normal dough consistency is reached.


The high-quality flour made from the seeds of the linseed plant is rich in dietary fiber and plant protein. It provides important minerals and vitamins. It has a neutral taste, can be used in numerous ways and has an excellent swelling property.

Use: for protein drinks and smoothies, as an refinement in muesli, joghurt or curd cheese, for baking (improves the crumb property), for the thickening of soups and sauces, for paddies, pancakes, vegetables and cereal meals.


Hempf flour has a pleasant, nut-like flavor and has a high concentration of plant protein, valuable dietary fibers and minerals as well as vitamins.

Use: in muesli and desserts; for baking and cooking, for the refinement of sauces, as protein substitute for active people, also suitable for shakes and smoothies.

Use: for the preparation of doughs - for bread, pastries, noodles, as breadcrumbs for vegetables and the refinement of sauces or also for protein drinks.

Preparation tip: 25 % of the wheat flour in the recipe can be substituted with pumpkin seed flour. Whenn doing this, you also have to increase the liquid amount until you have reached the normal dough consistency. Only 65 g pumpkin seed flour replace 100 g wheat flour.

Use: for smoothies rich in dietary fiber, enjoy for breakfast in muesli or joghurt, as binding agent for soups, sauces and curries, perfectly suited for waffles, pancakes, cookies and cake.

Preparation tip: 25 % of the wheat flour in a recipe can be substituted with pumpkin seed flour. Since coconut flour absorbs a lot of humidity, the amount of liquid added compared to a recipe with wheat flour should be increased. Only 60 g coconut flour replace 100 g wheat flour.


Almond flour tastes as aromatic as almonds. Compared to the almond fruit, however, the flour contains only 11 % fat. Almond flour has a high concentration of dietary fiber and provides ample amounts of plant proteins and calcium. With only 9 g carbohydrates per 100 g, almond flour is perfect for low carb recipes.

Use: for bread, different pastries and cakes, for the refinement and binding of soups and sauces, for muesli, desserts, joghurt and smoothies.


Chickpea flour is priced for its high content of protein and dietary fibers. 100 g flour have 19 g protein. This compares to animal protein sources such as low-fat curd (approx. 13 g protein per 100 g). Chickpea flour has a fine nut-like flavor and can be used in numerous ways.

Use: for savory pancakes, falafel and humus as well as for sweet dishes, cakes, pastries and desserts. Use also for thickening.

Preparation tip: about 20 % of wheat flour can be substituted, but only 80 g of chickpea flour are needed to replace 100 g of conventional flour.


Lupine flour is made from toasted blue sweet lupines. Botanically, sweet lupines belong to the legume family. This domestic plant has a very high protein and dietary fiber content. Already the addition of 10 % of lupine flour to doughs results in an improved water binding capacity, prevents dough from crumbling and results in especially fine-pored bakery goods.

Use: for bread, paddies, cake, in soups, porridge and as addition to smoothies and muesli.


Preparation tip: 15 % of the conventional flour in a recipe can be replaced by lupine flour. 2 tablespoons lupine flour replace one egg. Lupine flour has a greater volume than wheat flour. Therefore, 60 g lupine flour are sufficient to substitute 100 g wheat flour. Lupine flour improves the water binding property of dough and has positive effects both on the shelf life and the texture.


Peeled brown lentils are thoroughly ground into red lentil flour. Thanks to the peeling, the lentils can be prepared in only a few minutes. Red lentil flour needs only short cooking and baking times. Red lentil flour has a slight sweet aroma and a discreet taste. It can be used for both sweet and savory dishes.

Use: for the preparation of dough – for quiches, pancakes, muffins and cake. Use also for the thickeining of soups and sauces.


Bean flour is prepared by thoroughly grinding roasted white beans. This mild flour is priced for its high protein and dietary fiber content. It can be used in many versatile ways.

Use: for bread and paddies as well as for sweet pastries such as cake or muffins.

Preparation tip: white bean flour binds really well. Dough prepared with white bean flour  should therefore have more baking powder added and white bean flour should not be used in combination with wholemeal conventional flour. Up to 30 % of the wheat flour in a recipe can be replaced by bean flour. 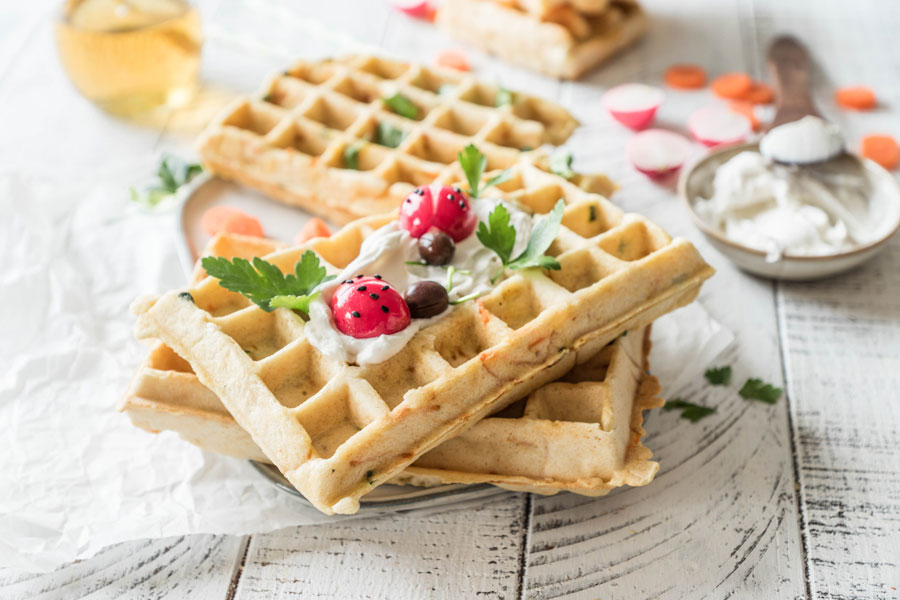 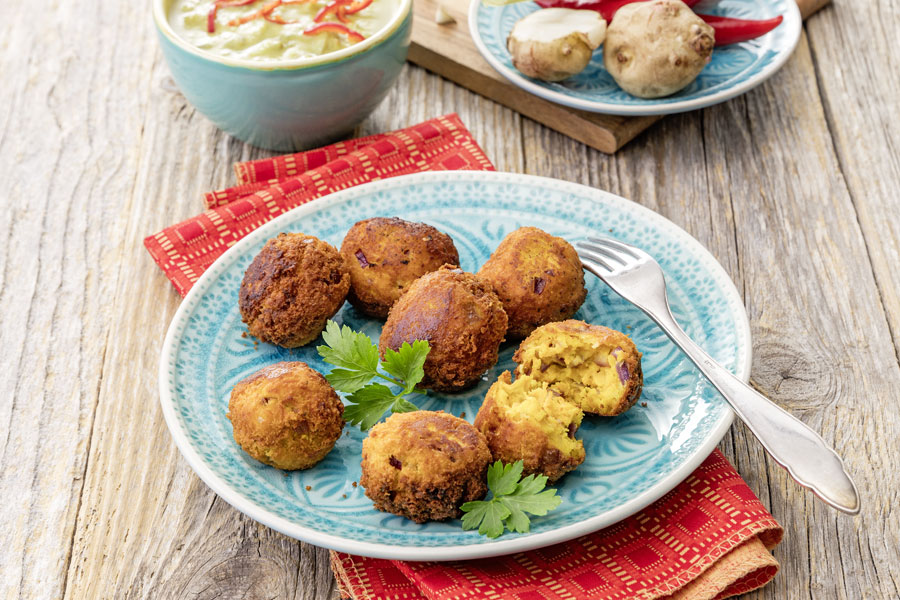 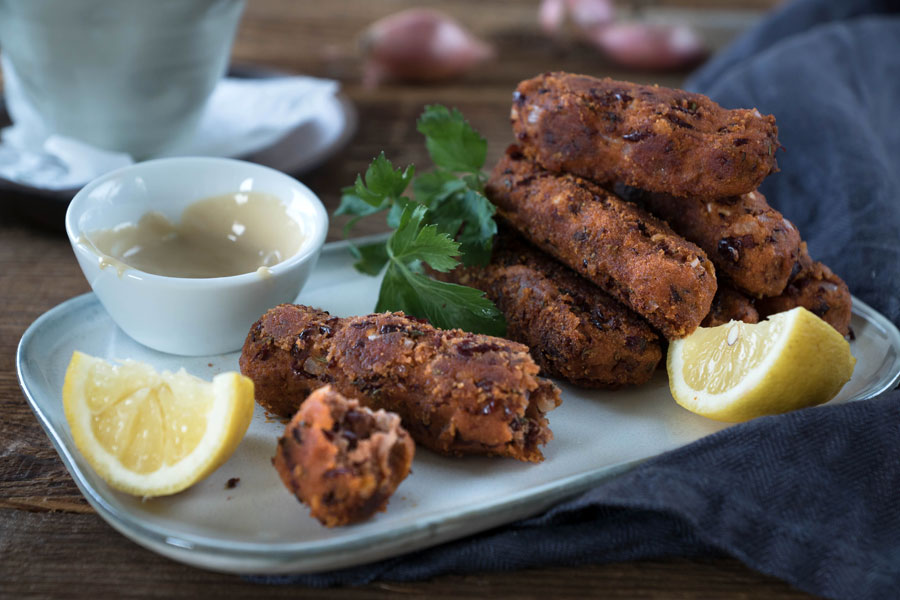 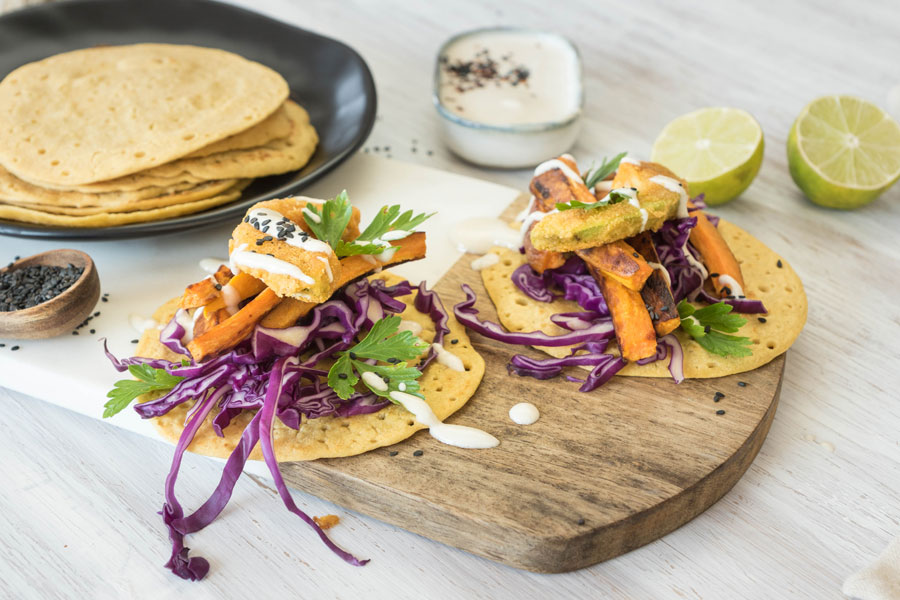 Rainbow-Tacos with chickpea flour and tahini 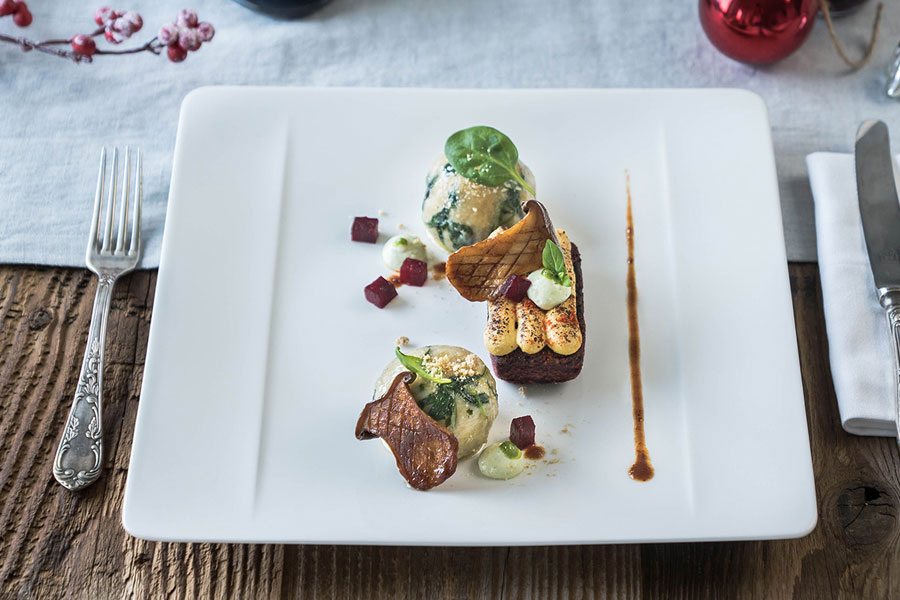 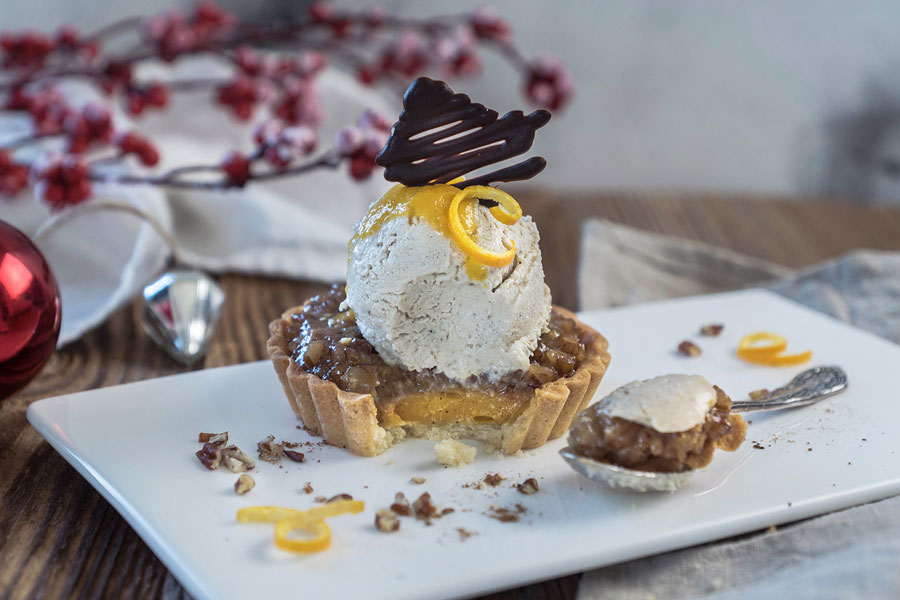