With BioSnacky sprouting seeds from Rapunzel you can easily and quickly grow crispy, fresh power packages for your kitchen in every season. It is very simple to grow aromatic sprouts on your windowsill. The sprouts provide you with a great number of micronutrients - vitamins, minerals and trace elements, secondary plant compounds and fibers.

Why should you grow your own sprouts?

Of course, you can also buy germinated sprouts in your organic supermarket. It makes sense to buy them in the supermarket if you never tried sprouts before and you only wants to try them. However, we recommend you grow sprouts yourself, because own sprouting is cheaper, more productive and healthier. Rapunzel offers a great selection of bioSnacky sprouting seeds, you can experiment with mixing the individual varieties or you can purchase ready-made sprouting seed mixtures.

The shorter the time between harvest and consumption, the more you benefit from valuable substances - home-grown sprouts can be freshly harvested. Sprouts provide essential amino acids that your body absorbs quickly. They are low in calories and rich in fibers - for a good digestion, for your general well-being and a healthy body weigth.

During the germination phase, plants produce the highest concentration of valuable nutrients - therefore sprouts are crunchy power packages and perfect nutrient suppliers. And what's best: this power food requires only 2 to 5 minutes of daily care.

Organic Rapunzel sprouts are untreated, free from any additives and GMO-free; they need no herbicides or fertilzers and consume no energy. Growing your own sprouts is also good for the environment! You can grow sprouts at home throughout the entire year - there are no other vegetables as cost-effective as home-grown sprouts.

Home-grown sprouts are eye-catchers for your kitchen and supply you with totally fresh nutrients.

Sprouting seeds: not a modern invention!

It has been a while when Rapunzel marketed various sprouting seeds and different sprouting equipment during the Rapunzel founding years in the early 1970s. Since July 2019, these articles are back in the portfolio of the organic pioneer Rapunzel. Enjoy the large variety of Rapunzel bioSnacky seeds and sprouting equipment.

The history of sprouts:
Today, sprouts are very trendy, but they are nothing new!
Sprouts have already been mentioned in ancient Chinese texts dating back to the 3rd century AD.

It also was a Chinese physician who referred to sprouted seeds as "miracle packages" at the end of the 16th century. He postulated that sprouts have anti-inflammatory, anti-rheumatic, laxative and physically strenghtening effects. The trade with sprouts has been growing in China ever since the beginning of the 20th century.

In the 1970s, the "green movement" gave sprouts also a tremendous boost in Europe. Chefs started to use attractive-looking sprouts for the decoration of their meals. Today, growing your own sprouts has established itself as a health trend in the big cities . No matter how big or small the appartment, crunchy sprouts can always be grown on every windowsill. 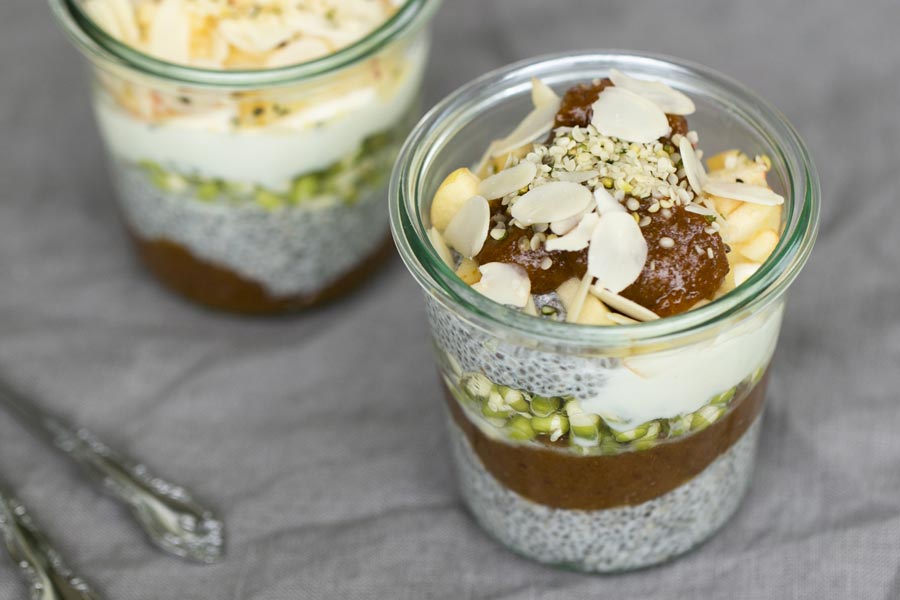 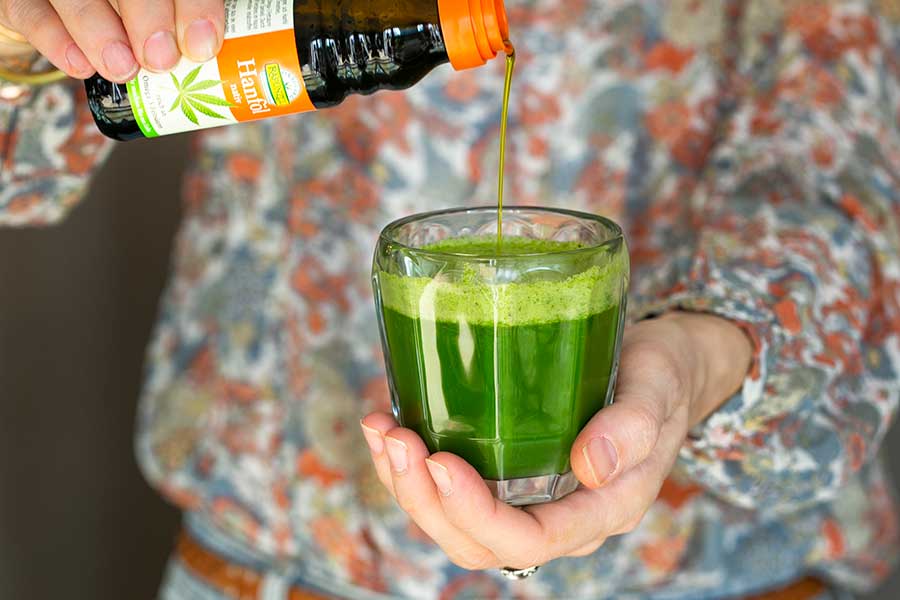 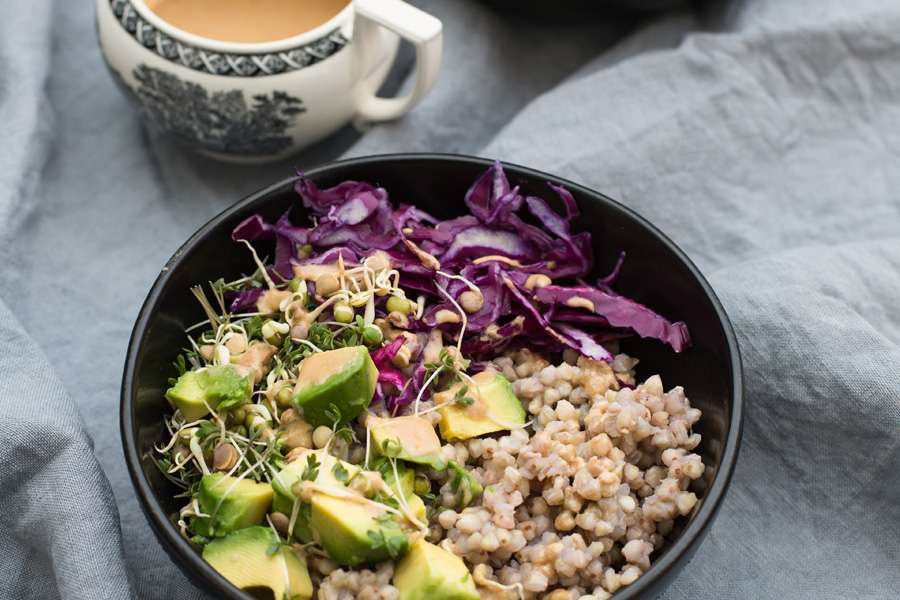 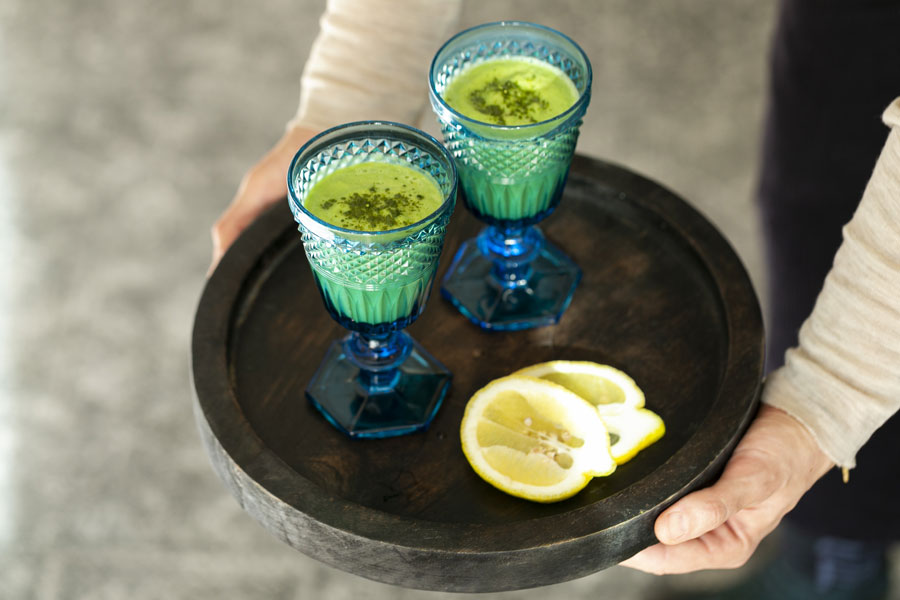 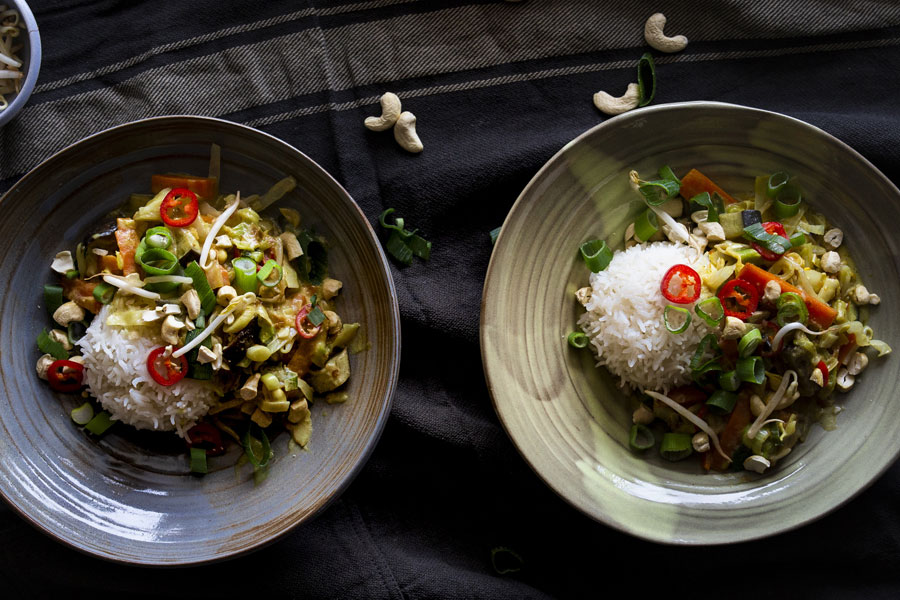 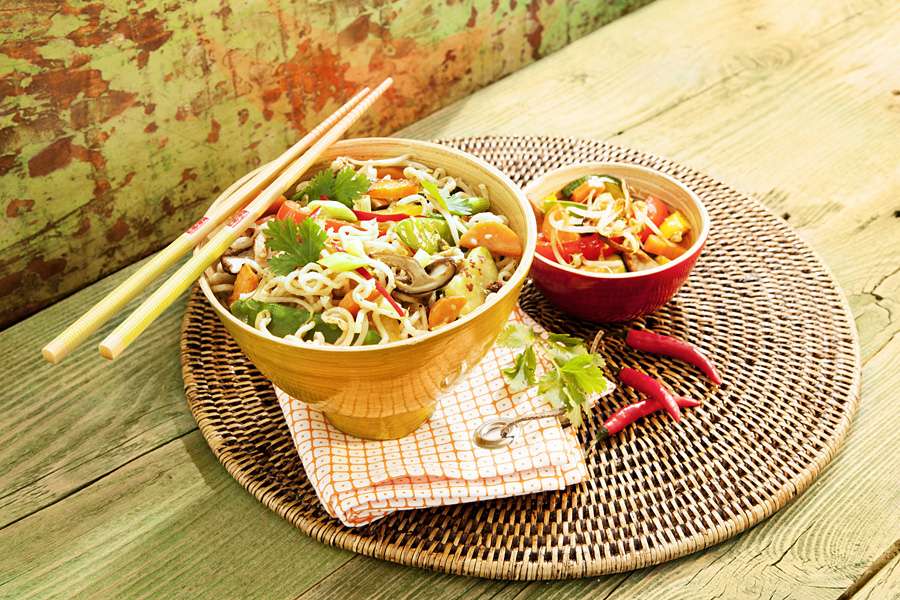 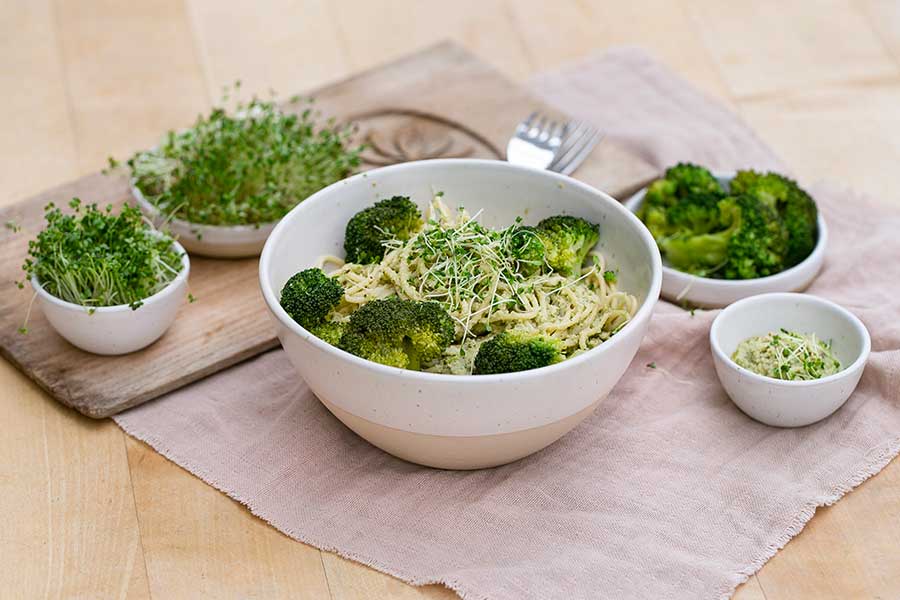 Spaghetti with sprout pesto and broccoli 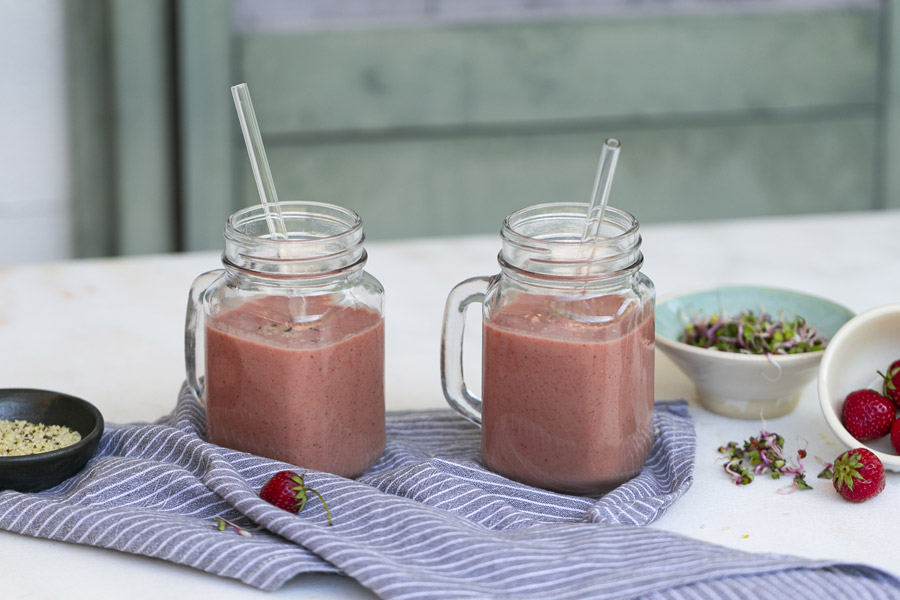 Smoothie with strawberries and sprouts 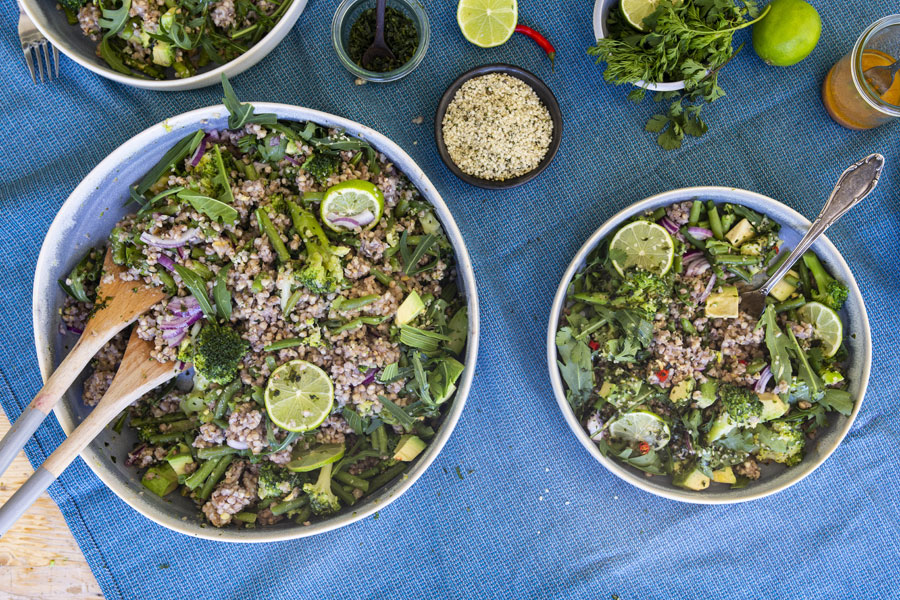 Foreign Distributors
We distribute our products around the world - our local partners are happy to help you.